Introduction: Currently, the massive use of digital media is a global reality. In addition to the positive use of this means of communication, the same instrument has been used to misinform. In this sense, the expression fake news indicates information manipulation through the world wide web, which gives it great fraudulent and harmful potential. Applied to the electoral situation, the phenomenon has a special purpose of acting, directly aimed at distorting the debate to influence the process of forming the suffrage will. Due to the importance of the theme, the dynamic implies possible scenarios, including the criminal, analyzed in this research from the theoretical construction carried out by Critical Criminology. It is urgent to assess the dynamics of disinformation in elections and the nature of the corresponding criminalization processes. Problema: the research problem, then, implies determining the relevance of the criminalization of electoral misinformation, based on the observation of judicial demands for the 2020 municipal elections in Chapecó. Objective: the general objective is to identify and observe the "dynamics of misinformation" in the municipal elections of Chapecó - 2020, evaluating effects and contributions to the debate on the corresponding criminalization. Method: this research considers the inseparability between theory and practice (ECO, 2012). The method used was dialectical, through the qualitative critique of legal dogmatics and was operationalized through the observational case study. Basically, the work was carried out in two stages, comprising the electoral and post-electoral phases. In procedural terms, the first stage was the collection of documentary data in public court proceedings (except for two actions that involved judicial secrecy), proposed during the municipal elections of 2020 and under the jurisdiction of the 35th and 94th electoral zones. The collection was carried out through the official website of TRE de Santa Catarina. Specifically, the follow-up focused on incidents involving false news and which were brought before the electoral jurisdiction during the period, including representations, right of reply, requests to remove internet content and news-crime. In the second stage, the research analyzed the period after the election, in the sense of observing court decisions, appeals and complaints. The research task was also to document and analyze, from the records, the process of criminalization of conduct, even if carried out in an argumentative manner. Results: the results of this research refer to the observation of the electoral election in Chapecó in 2020, on the instrumentalization and operationalization of the fake news phenomenon. The analyzed procedures were available in databases open to public consultation (except for two actions that involved judicial secrecy), on the website of the Regional Electoral Court of Santa Catarina. In this context, 42 (forty-two) actions have been analyzed so far. Of these demands, 39 (thirty-nine) were related to electoral zone 94 (ninety-four) and 3 (three) were related to electoral zone 35 (thirty-five). Of this total of legal measures, it was possible to identify that 10 (ten) addressed the topic of fake news – 25% (twenty-five percent). Regarding this percentage, it is noteworthy that it was obtained from the analysis of all representations, right of reply, requests to remove content from the internet and crime news, presented during the election. The means of execution used for disinformation were, exclusively or concomitantly: a) Facebook, 3 (three) procedures; b) Whatsapp 4 (four) actions; and c) Instagram 5 (five) demands. It is important to note that 4 (four) of the profiles used to disseminate misinformation were false, and in the others it was possible to identify the author. The actions were filed after the conclusion of the lawsuit and have not, so far, resulted in criminal demands, even if only related to crimes against honor. Conclusion: it was possible to confirm that there is an increasing use of fake news in electoral matters, a phenomenon observed in 25% (twenty-five percent) of the legal demands pertaining to the 2020 municipal elections, in Chapecó/SC. However, it was also identified that this proportion is timid, compared to the impacts of similar manifestations in global elections (such as the British Brexit and the 2016 American elections or the 2018 presidential elections in Brazil). The situations did not lead to criminal actions (at least so far). As a result, the need to continue the investigation is inferred, with the aim of reproducing it in subsequent state and federal elections, in order to refute or confirm the results obtained so far. 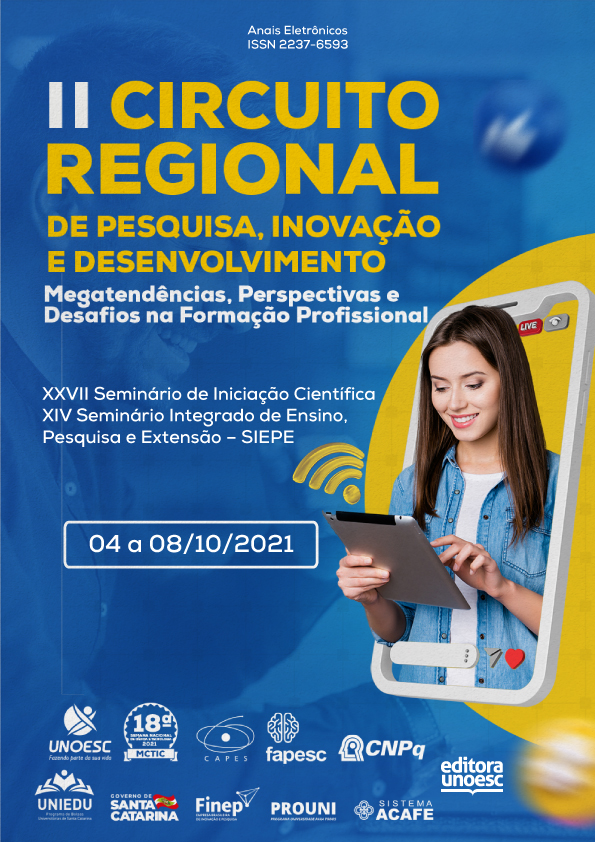